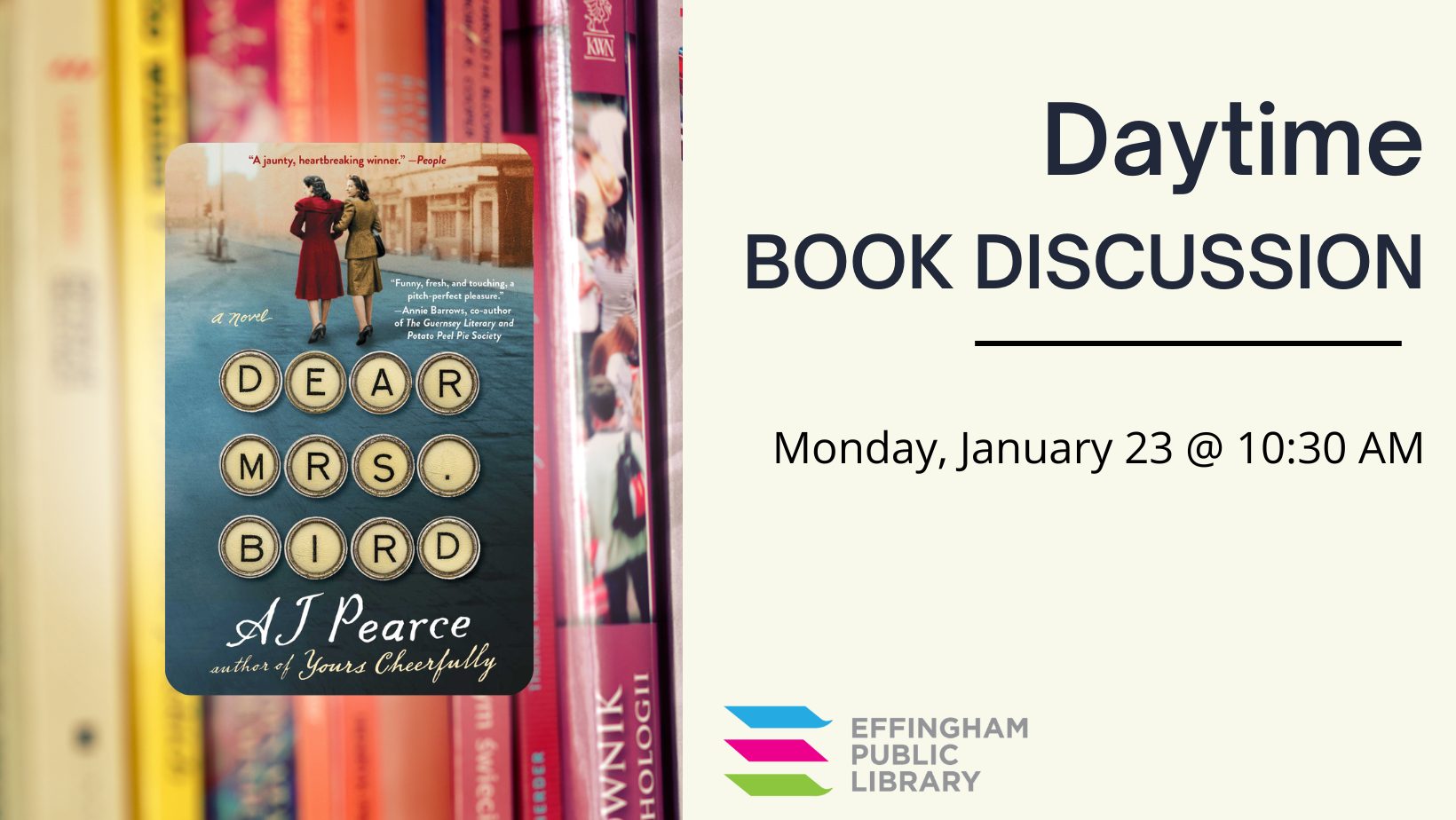 Join us to talk about the book “Dear Mrs. Bird” by AJ Pearce.

This charming, irresistible debut novel set in London during World War II about a young woman who longs to be a war correspondent and inadvertantly becomes a secret advice columnist is “a jaunty, heartbreaking winner” (People)—for fans of The Guernsey Literary and Potato Peel Pie Society and Lilac Girls.

Emmeline Lake and her best friend Bunty are doing their bit for the war effort and trying to stay cheerful, despite the German planes making their nightly raids. Emmy dreams of becoming a Lady War Correspondent, and when she spots a job advertisement in the newspaper she seizes her chance; but after a rather unfortunate misunderstanding, she finds herself typing letters for the formidable Henrietta Bird, renowned advice columnist of Woman’s Friend magazine.

Mrs. Bird is very clear: letters containing any Unpleasantness must go straight into the bin. But as Emmy reads the desperate pleas from women who many have Gone Too Far with the wrong man, or can’t bear to let their children be evacuated, she begins to secretly write back to the readers who have poured out their troubles.